Two people stood under the stars and gazed into the universe. Although they both saw exactly the same thing, they both witnessed very different realities. Where one saw stellar streams, nebulae, globular clusters, event horizons, quasars and ancient remnants of supernovae, the other saw fairytales pretty patterns and at least a hundred tiny little specks of light.
Who were they?
One was an astronomer and the other was his 5 year old daughter.

Why did they witness such different realities even though they were observing the exact same thing? The answer is simple. Experience and knowledge. They had both filled their observance tanks with very different things. The father had trained for many years learning and experiencing through observation the intimate secrets of the universe and his daughter had filled hers with stories, snippets of what she’d heard her father say and a beautiful and active imagination.

Hang on. What’s an observance tank? 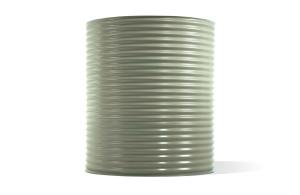 It’s the buildup and networking of useful information in your head that allow you to make sense of what you observe and it functions through effective memory archiving.

Let me give you another and more down to earth example. Take a door handle mechanism. Let’s just say it’s busted and you need to fix it. Door handles are pretty simple things. Before you even spend time observing it there are certain elements that you will already understand about our little door handle:

The metal it’s made of is hard yet if you bash it hard enough you can bend it, dent it and even break it.
If you apply enough heat you can melt it but that wouldn’t turn out well for the rest of the door.
The door itself is made of timber. You know where timber comes from; trees. However you already know that this wood won’t be growing any more. It’s dead.
You know that the timber is soft enough that you can dent or scratch it with your fingernail.
You know that the timber would burn, not melt, if you applied a decent amount of heat, even from a lighter. But that lighter wouldn’t produce enough heat to melt the handle.
You know that the handle should turn and not fall apart.
The moving parts inside should go back to their original state after you let go of the handle.
When you turn the handle it should move the latch on the edge off the door.
You know that the latch itself should be strong enough to hold the door shut if you pulled or pushed really hard but if you apply enough force the door will open, either by breaking the door frame or the door itself.
Etc.

You’ll be able to list way more , I’m sure.
Each one of these is an ‘assumption’ based on what you’ve previously observed or experienced and is made without actually having to observe this particular door handle in any way, but they help you to understand it better when you start observing it in more detail. You’ll be able to use these assumptions to see if there’s any inconsistency between what you expect and what actually is. In science this is called hypothesising and experimenting. Obviously the more time you’ve spent observing and learning about door handles the more of an expert you’ll become on door handles and the quicker, more effective and more accurate you’ll be at fixing them. You could even become a door handle consultant and teach others about the many wonders of door handles. Don’t laugh. They exist. The Tidy Tradie.

As I’ve explained in another article, assumptions are a very useful form of imagination. It’s simply putting an image that makes sense in your head about something even if you don’t know if it’s true or not. These assumptions are held in your observance tank.

The more info you have in your observance tank about a specific thing, the more effective you will be at observing that thing, making deductions about that thing and coming up with solutions for and using that thing. Think, Electricians, Doctors, Marine Biologists, Psychologists and of course Astronomers. These people have spent a lot of time and energy filling their observance tanks with information about their specific field and as a result are now experts and can be called on by others to observe, deduce and solve. Anyone can learn by pure observation what’s needed but it will take them many years to observe enough, and make enough memory connections to be as effective as an expert.

The neuroscience behind the observance tank

Essentially we’re talking about your memory. There’s two main types of memory; Procedural memory (Muscle memory) and Declarative memory (abstract memory). Here we’re pretty much just talking about declarative memory. This is memory about stuff, shapes, things, faces, etc. (I know the different senses are processed in different parts of the brain but I’m not sure if all of the senses are stored in the same way as visual but for now I’ll assume they are.) How does this declarative memory work with your observance tank?

When you learn something it is always from observations, either by reading about, listening to or watching someone teaching or directly observing it yourself. This info goes first into the hippocampus “a small organ located within the brain’s medial temporal lobe forming an important part of the limbic system, the region that regulates emotions” (Mandal, News Medical) to be labelled with one or more categories, emotions and connections (how it relates to any other thing), then gets shipped out to the cerebral cortex to be archived ready for retrieval later on.

The Hippocampus, the gateway to memory

“… some scientists believe that memories are held in the hippocampus temporarily, and are later re-coded and dispersed throughout the rest of the brain using a process called “memory consolidation,” which may happen during sleep. The precise way that long-term memories are structured and represented across billions of synapses is the subject of intense ongoing research and remains one of the great mysteries of neuroscience.” (King, Quora)

So your observance tank is actually your cerebral cortex, the big bit of your brain that is in charge of higher Brain functions like thoughts and actions. Makes sense, doesn’t it. You can store a lot of stuff in there, and you should. In fact research shows that just by learning intensely in one area of life you activate the ability to more easily and efficiently learn other things as well.

The short answer is, it doesn’t really matter much. Anything is better than nothing. A more potent question is ‘How do you learn?’

Methods of filling the observance tank:

By far the best way to fill your observance tank is by observing and experimenting. By getting in and getting your hands dirty checking things out that you don’t know much about. Picture kids getting their hands into everything, experimenting with how things feel, move, smell, taste, how they sound when you bash them together, how things break when you drop them, how long it takes for mum’s temper to be lost when boundaries are pushed. We learn by doing. By physically experiencing the world. What stops us doing this as we get older is fear of failure or fear of looking stupid in front of other people. This is real and a huge impediment, but can be overcome with practice and time. Experience by experience. Day by day.

Watching others do things

The next best thing is to watch someone else do the experimenting or an expert doing something you don’t know how to do. This fires ‘Mirror Neurons’ which causes the same impulses in your brain to fire as if you’re actually doing the activity yourself.

Talking to others about stuff

Sharing knowledge is what helps mesh a community together intellectually, skilfully, emotionally, spiritually, etc. It’s a great way to gain relevant knowledge fast and effectively. This requires good relational, listening and body language skills, which are imperative to observing other people anyway, and as a side effect you gain great connections with other excellent people and come away with mentors, people you can come back to regularly to learn more from.

In the film ‘Matilda’, Matilda was a little girl who was also an avid learner from reading books. At one point her dad got sick of all the books and said to her ‘There’s nothin’ you can learn from books that you can learn from TV faster!’ If you believed that you wouldn’t be reading this article now. However, there’s a lot to be said for Internet content these days.

Speaking about YouTube, Victor Keegan of The Guardian says ‘It is now the place to look for almost anything, a 21st-century version of the classic Victorian how-to guide Enquire Within Upon Everything, which helped inspire Sir Tim Berners-Lee’s original ambitions for the web.’ (Keegan, The Guardian)

Google Scholar is an incredible resource of academic articles for the intellectual deep divers.

Ted Talks are a fantastic and entertaining way to learn incredible, relevant and current things from experts in every field you can imagine giving short talks about all sorts of really interesting things.

There’s a wealth of information that people are willing to share in blogs and articles. Like I said before, my experience is that humanity is generally really nice and people are interested in helping each other out so they share what they know. This is increasing more and more these days. According to eMarketer in 2010, and this is old news now, “There are 31% more bloggers today than there were three years ago.” (eMarketer, August 2010) I’m not sure what the statistics are now but they’re a lot more than that.

Be like Matilda. Your local library is still one of the best places to fill your observance tank. The fact that it takes effort to go out of your way and out of your normal comfort zone to learn new things makes that new knowledge really sink in.

Previously I’ve said that if observance is the structure and skeleton of reality then imagination makes up the muscles and skin. It’s through the iconic and complex imaginations of the creators of Sci-fi films such as Star Trek, Star Wars, Twenty thousand leagues under the sea, Snow Crash and many others that we see inventions come to life like mobile phones, submarines, rockets, robotic arms, and even QuickTime, the Apple multimedia platform. (Strauss, Smithsonian.com) Your imagination is a powerful thing and can help you to interact with reality in deep and highly consequential ways. It’s worth spending plenty of energy filling your observance tank with lots of imagination.

To finish up, I’d like to give you a simple thinking exercise.

Think of someone you admire, an expert in their field. Now click your imagination into gear and picture how much time and effort they’ve put into filling their observance tank.

Now picture yourself, where you’re at now and where you’d like to be in a year, 5 years and in 10 years. Ask yourself, what would it take to become an expert in my field of interest? Now make a plan to start filling your observance tank a little bit each day. And be encouraged by this analogy; Drop by drop, a water tank will eventually be filled and serve the community with life giving, satisfying, quenching water.

What will you give to your community once your observance tank is filled?

This entry was posted on April 18, 2016 by Steve Nossiter in Observance.